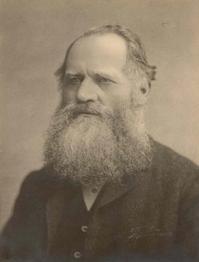 John Grigg
The Longbeach area has a history of pioneering and innovation, and this is an example of determination and achievement that has withstood the test of time. Longbeach Estate was formed in the 1850’s by combining two early runs.

The area covered approximately 15 km between the Ashburton and Hinds Rivers and from the coast nearly 11 kms inland to Boundary Road. John Grigg started farming the property in the 1860’s. Grigg developed a swamp into what was known to be “the best farm in the world”.

Between 1880/84 John Grigg began confining the Hinds River by cutting a system of open drains which helped drain the swamp and then laying clay tiles which were made on the property at an estimated cost of 2 to 4 pounds per acre to deal with the constant seepage. These titles were laid at a rate of 30 miles a year leaving a network of at least 150 miles of tile drains and 70 miles of eleven parallel open drains. Longbeach was by then carrying 30,000 sheep; 3,000 pigs; 1,000 head of cattle and 150 working horses, plus 5,000 acres in wheat; 3,000 acres in Oats, permanent staff of 200 farmhands.


In 1882 Longbeach provided part of the cargo of the first shipment of frozen meat sent to England.

The Station was a self-supporting Community with its own Post Office, School, General Store, Flourmill, Brickworks, Church, Smithy, Bakery, Cookhouse as well as Stables, Cowsheds, Pig Sties, Woolshed, most of these buildings still remain today. The Church which is situated in the homestead Gardens was bought for £30 in 1873 from Prebbleton (outskirts of Christchurch) and moved on skids by oxen. It was dedicated by the Primate of New Zealand Bishop H.J. Harper and the burial ground near the Church was consecrated, where today a number of the members of the Grigg family are laid to rest. The Bishop also baptized two children on that day 25th May 1873, the first two baptisms to be recorded in the Ashburton register.


He later founded the Canterbury Frozen Meat Company. He was a member of the Ashburton County Council and a member of Parliament.
He is remembered as a man of strength. After his death in 1901, a statue of Grigg was erected in Baring Square. He died at Longbeach. He is buried there. He had 2 sons and 5 daughters.

The area has gone from swamp to well drained farm land, thanks to the many hundreds of hours put in by teams to lay tiles to drain the land. These concrete tiles are still in place today. What was until the 1980’s very much an arable farming district, there has been a diversification into Dairy farming which has changed the landscape, once again.

Many Families within the school community today can trace their families back to when the area was first settled. Today Longbeach School is a thriving 6 teacher school with 132 pupils from
Year 0 to year 8.
Powered by